What are you looking for?

Got me an Official Samsung Galaxy S 2 extended battery

With most smartphones I purchase, after a good few months I begin to get frustrated with the way technology has excelled past the ability of a mobiles’ battery. Gone are the days of the Nokia 3310’s 3-5 days battery life D:

The last device I consider to have a respectable battery is my previous Blackberry, the 8900, it helped that it didn’t come equipped with a 3G radio. it didn’t need one neither. The battery last me a comfortable 36 hours on a single charge. 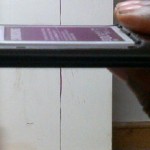 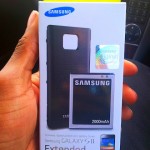 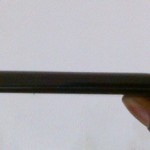 Usually an extended battery will turn a sleek looking mobile into a bulky dangerous weapon, however this is an “official” extended battery made by Samsung themselves and it seems like the “Extended” battery was the original idea for the Galaxy SII.